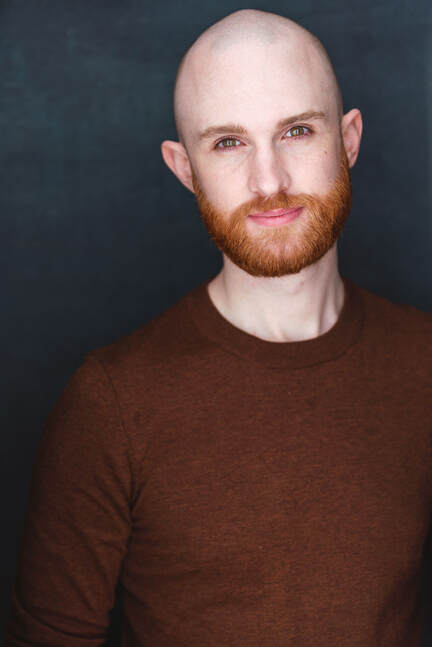 As an actor, I’ve always been drawn to characters that lead with the heart. Who make bold decisions and lay themselves out on the line. Who feel fully and deeply and are able to pour themselves out on stage. In many ways, these characters are diametrically opposed to who I am as a person. In life, I lead with my head. I allow logic and reason to rule. I think it’s why I seek out these heart-driven roles. It’s my opportunity to share parts of myself that I desperately want to reveal and have recognized.

It’s this feeling of needing to have the unspoken, spoken and the unseen, seen that has sparked my passion for representation on stage. Specifically, I yearn to put a spotlight on the stories and faces of the entire queer community. I’m interested in finding ways of using theater not as therapy necessarily, but as a means of collectively processing trauma as queer folk. With that said, I recognize my status as a white, cisgender, gay man and I want my voice to be one of many. I love being part of an ensemble. I don’t seek to be the face of the story we’re telling (or at least not the only one) and would rather focus on whether the material is meaningful and resonates within me and with an audience.

Presently within our community, I think we need a reckoning in terms of our standards around body image. I want the work that I do to create conversation and ultimately, create space for those that feel ostracized inside an already marginalized group. I also want to speak to the drug and alcohol abuse within the queer community and how after years of various forms of trauma, for queer folk, the use of drugs and alcohol represents the only time when they feel good in their bodies and in their identities. And yet, these abuses have led so many to the point of destruction.

When I think about this theater that I want to help create, I’m most excited by the idea of playing with intense, heightened language and with extreme contexts. I want to find ways of bringing big, bold, dramatic theater to the stage that allows us to explore these overarching themes without playing into the most realistic setting or character or situation. And while I recognize I’ve addressed some dark themes, I want the theater I create to bring joy and laughter to an audience. To explore how the comic can be just as effective as the dramatic.

I have a goal in mind of creating a work that pulls from classical works, re-contextualizing a piece so that it becomes immediate and urgent. In doing so, I hope
to draw a line from where we stand now, all the way back to the classic writers. That we as queer people have always existed (so often in the margins) and the stories of our lives deserve to reverberate through time and onto the stage.